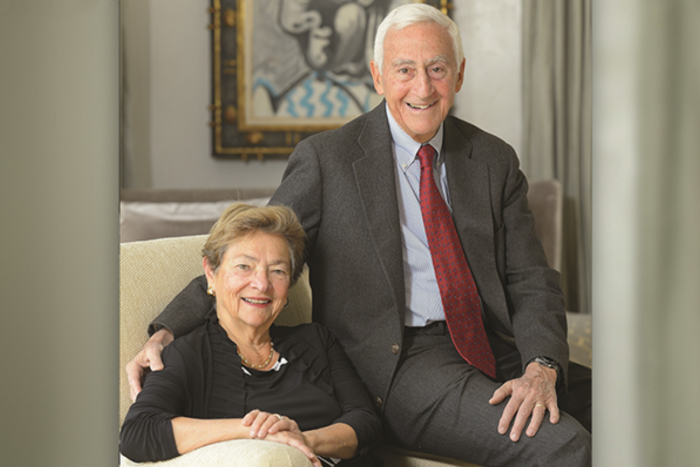 This program has been made possible through the generosity of Roy and Diana Vagelos. Dr. P. Roy Vagelos, M.D., C’50—a  scientist, doctor, businessman, visionary, and philanthropist—earned his B.S. in chemistry from the College of Arts and Sciences at the University of Pennsylvania and his medical degree from the Columbia University College of Physicians and Surgeons. His accomplishments as a physician and academic and corporate leader continue in his visionary emphasis on nurturing young peoples’ passion to create a sustainable energy future.

After serving as Senior Surgeon and then Section Head of Comparative Biochemistry from 1956 to 1966 at National Institutes of Health, Dr. Vagelos became chairman of the Department of Biological Chemistry in Washington University’s School of Medicine in St Louis, MO, becoming the Director of the University’s Division of Biology and Biomedical Sciences. After much success as a doctor, scientist and academic—the author of more than 100 scientific papers and an elected member of the National Academy of Sciences, the American Academy of Arts and Sciences, and the American Philosophical Society—in 1975 Roy joined the pharmaceutical company Merck, becoming chief executive officer (1985) and chairman (1986).

Dr. Vagelos retired from Merck in 1994, but continues to be an active philanthropist and visionary.  He has been awarded multiple prestigious awards for his scientific discoveries and industry leadership: the American Chemical Society’s Enzyme Chemistry Award in 1967, the National Academy of Science's Chemistry in Service to Society Award in 1995, the National Business Hall of Fame in 1995, Penn’s School of Arts and Sciences Distinguished Alumni Award in 1998, and the Franklin Institute’s Bower Award for Business Leadership in 1999.

Dr. Vagelos has served on the board of trustees at Penn from 1988 until 1999—as chair from 1995 to 1999—as well as chair of the Penn trustees executive and nominating committees and Penn’s Chemistry Department’s Scientific Advisory Board, and is a member of the Penn undergraduate financial aid committee and Penn’s Agenda for Excellence Council.